THE MOST TRUSTED NAME IN PERSONAL ACHIEVEMENT

We are the Official Og Mandino Company and website. We have the exclusive world-wide rights to the use of Og Mandino's name on the Internet, in all forms. Bette Mandino, Og's widow is an active member of our Board of Directors.

We also own the world-wide feature film rights and training and motivational speaking rights to Og's perennial best-seller, The Greatest Salesman in the World. We also own feature film options on several of Og's other books.

Our mission, as mandated by Bette, is to bring Og Mandino and these powerful principles into the 21st Century!

Our CEO and Founder

With an extraordinary background in sales, management, networking, commercial & residential real estate, television and film, Dave is the consummate “renaissance man” of business. An all conference middle linebacker in high school and a free safety at Ricks College, Dave has never been afraid to hit the real issues head on and does so with extraordinary clarity and accuracy.

In 2000, a unique door opened and a new chapter and a new mission in life commenced. After being inspired by the feature film script Dave wrote for one of Og’s books, Bette Mandino, Og’s widow, contacted Dave offering him the film rights to The Greatest Salesman in the World. A few years earlier while working through a very dark night, this book, which includes the Ten Scrolls, had a profound impact on Dave’s life. He was ecstatic. By the time Bette and Dave finished their conversation, Dave would not only run with the film rights, he would create a new company focused on bringing Og’s principles into the 21st Century. This decision planted the seeds for what has grown into The Og Mandino Leadership Institute.

Dave has inspired thousands at large venues, facilitated incredible results with hundreds of organizations, fortified numerous marriages, and helped individuals maximize strengths and jettison unhealthy habits of thinking. In his book, Today I Begin a New Life—Intentional Creation, Dave lays everything on the line as he shares the principles of Intentional Creation and the lessons he has learned.

Dave is the creator of the Intentional Creation Assessment and coaching program. The Assessment is a revolutionary and proprietary tool that employs the formal science of axiological mathematics. It goes below the surface of personality and attitude and measures with great accuracy how people think—their habits of thinking. It clearly identifies natural strengths, which are often under utilized, and unhealthy habits of thinking that often sabotage efforts. Over 55,000 people have experienced the Intentional Creation Assessment. Dave has personally debriefed over 6,000 Assessments. In addition, he has personally coached well over 4,000 clients.

Setting aside all of his accomplishments, Dave prizes one thing above all else and that is Ramona, his sweetheart of 41 years. They share a “storybook” love and have raised seven children and currently have twenty-seven grandchildren.

Dave brings all of his experience in business and life to the table in his speaking and coaching engagements. Let him assist you in identifying what might be holding your organization back from realizing its full potential.

This is an investment with an immediate return. 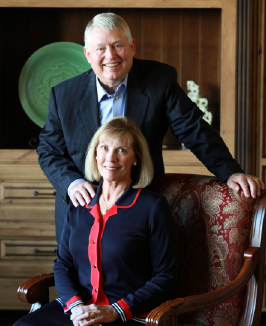 For more information about booking a speaking event, custom workshops, or group coaching, please complete the form below: